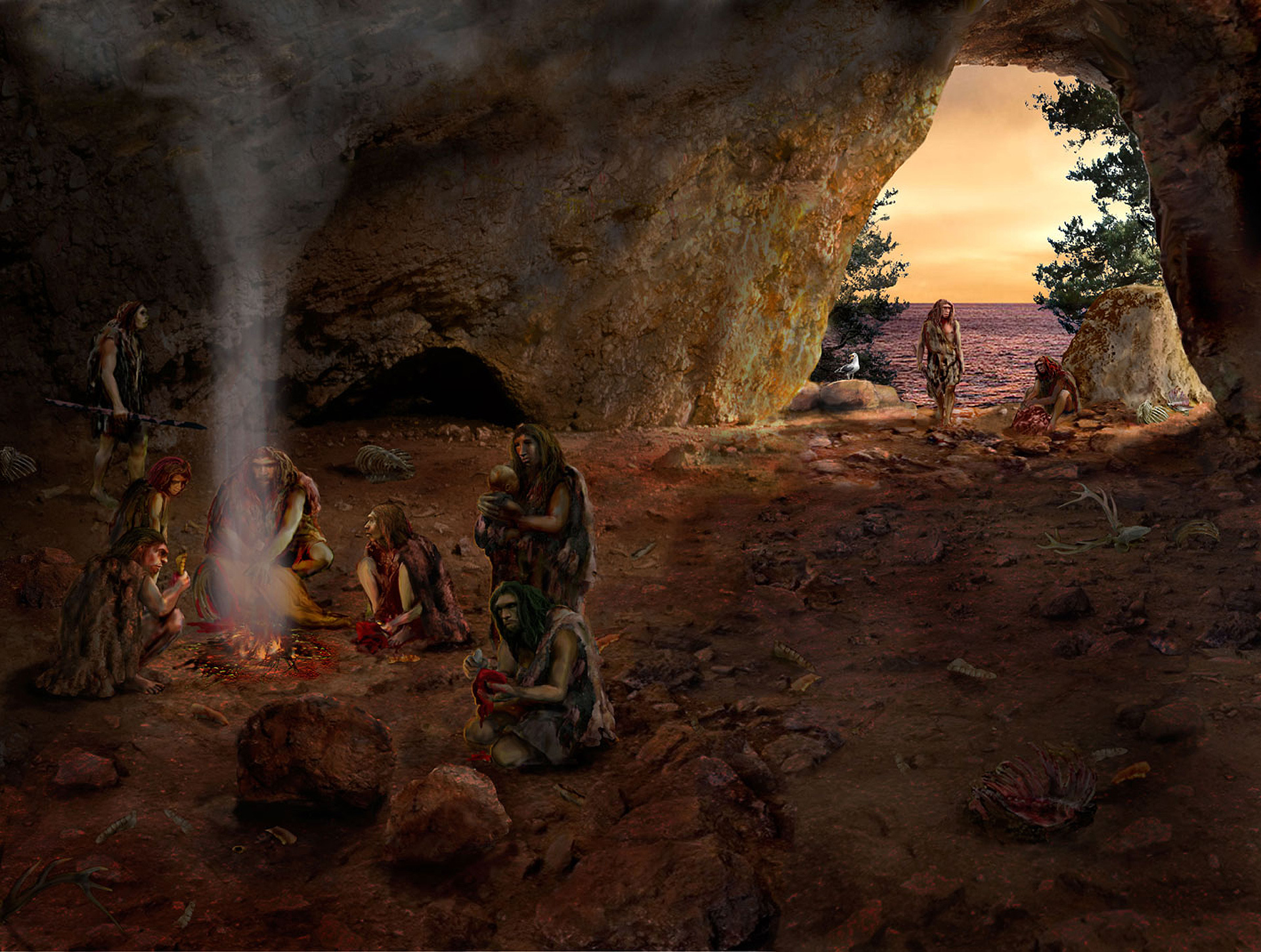 The cave is now 26m above sea level, on the flanks of the Mt Boron. During the 40,000 years period when she was occupied, she was sometimes under sea level, sometimes half way between the sea level and the top of Mt Boron, therefore much farther from the sea than it is today.

It was not inhabited the whole time. People came here around 30 times over this period, when the sea level was lower. It was definitely left after a rockfall closed it for good.

Human bones were found there, and also traces showing that these men had smoked meat, probably to be able to store it. The last inhabitants left remains of their last meal, which were found intact below a clay layer which entered the cave just after they had left it.

It is possible to visit the cave, and there is a small museum next to it.

The name (Lazaret) comes from a nearby building which was used as a quarantine for people and goods coming from countries where plague had been reported.