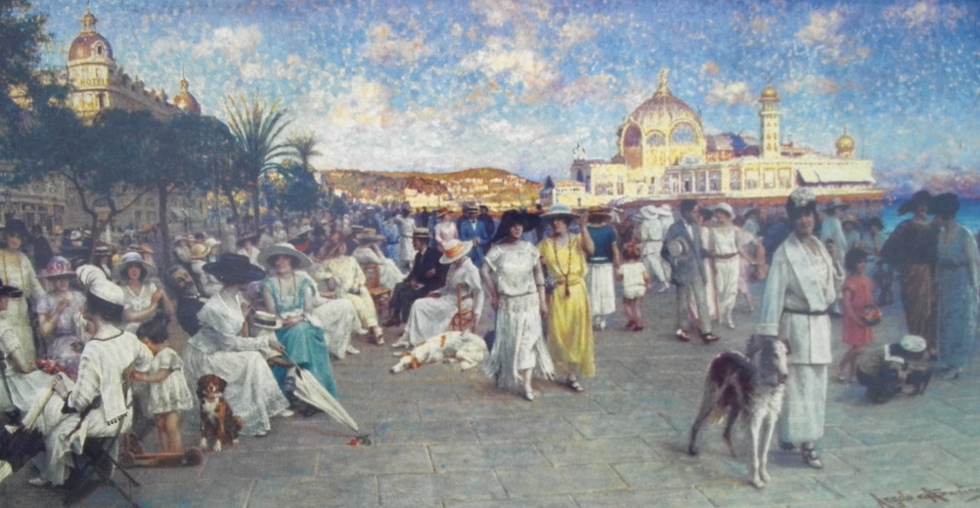 The first known inhabitants of Nice settled 400,000 years ago, in Terra Amata, East of the city, near the present harbour.

900 years BC Celts came, and soon Phoceans, the Greeks which founded Marseille. They created here Nikaia, a tiny trading post on the way between Greece and Marseille. Ligurians could also be found. All these people lived together rather peacefully.

Then came the Romans. They settled inland, on a hill. (Cimiez). They created there a real town, Cemenelum, 4 km away from the Sea. The arena and the baths still exist, at least partially. (See archeology museum) The head of the Roman Province was at this time Embrun, today in the High Alps departement. The Romans and the Phoceans also lived together peacefully.

But Nice is more oriented towards Genova, mainly because it trades so much with this city. In the end Nice becomes an ally of Genova in 1215. The city has at this time moved from the Cimiez hill to  the Old town and the Castle hill .

In 1388 Nice leaves the Provence county and joins the Savoy county which spreads on both sides of the Alps, with Torino, today in Italy, as its capital. There will be conflicts, obviously.  Because of this Nice won't be French in the next centuries, sharing the more or less bright fate of the Savoy dukedom and the Sardaigne kingdom. All along this period going to the 19th century, Nice is now and then conqueered back by France (Louis XIV, the Revolution, the Empire...).

In the 19th century, the border between France and the Nice county is the Var river. France is on the right bank, West, Nice county (Savoy) on the left bank, East.

To thank Napoleon III and France for their support during the Italian unification, the Nice county is offered to France. But the people wil decide for themselves and vote. It's a huge success and on the whole territory only 90 people vote against the incorporation of Nice into France.

During WWII Nice is first part of the "free zone", administered by the Petain administration. Then, in november 42, it is occupied by the Italians, until september 1943. On the 8th of this month come the Germans. They will stay until the insurrection of the city, in August 44, a few days after the Provence allied landing.

Nice has much spread itself since WWII. In 1950 there was almost nothing West of the boulevard Gambetta.