Nice offers a large choice of accomodation. You can make your choice and book your room in Nice, or at least get an idea of the prices using the search below. You will find on this reservation site customers comments to help you make your mind.

To describe in a few words the situation of the hotels, we can say that the most luxurious ones are located along the Promenade des Anglais and the Promenade du Paillon. The most famous one, the Negresco, a more than a century old palace whose dome is one of the city's landmarks and the restaurant (the Chantecler) rates 2 stars in the Michelin guide, is located on the Promenade des Anglais. The area West of Jean medecin street and South of the SNCF station has lots of more affordable hotels. But these are general tendencies only, with exceptions in both ways.

Since we live in Nice we don't have many opportunities to test ourselves the accomodations available in our city. However we can give you advice, especially based on the location of the accomodation you might be looking for.

From your side, let us know of your experiences, good ou bad. They will help us improve this page.

Depending on the reasons of your staying in Nice, you may want to stay close to some places. Click on the links below (the places) to find hotels selected according to their locations.

Please note that these hotels are selected because of their locations. It's up to you to choose according to your own criterias and the customers opinions you'll find for each of them. Plans show you where they are to help you. The distances are calculated as crows fly and remember that actual distances may be longer, especially near rivers and hills.

There is but one youth hostel in Nice. It is located in the center of the city, 3 rue Spitaleri, close to the Jean medecin street, the large shopping street with the streetcar.

The former Mt Boron hostel, with a breathtaking view but farther from the center doesn't exist any longer.

There is no camping in Nice, not a single one! The closest ones are located in St laurent du Var and Cagnes sur Mer, West of Nice. To get a list of all campings in the area, click here. To choose, take into accounts the available transportation (bus, train) if you don't have a car. More about this in the future. 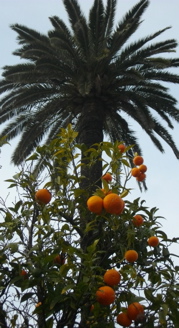